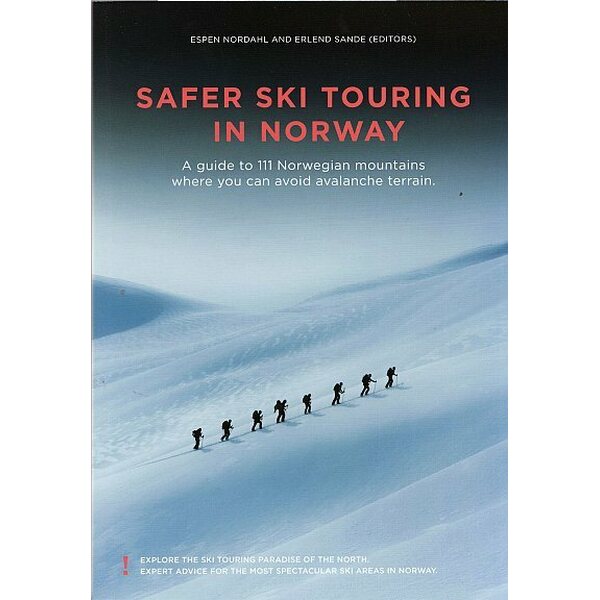 Long, cold winters, beautiful scenery and easily accessible mountains make Norway a paradise for ski touring. Summits are not as high and spectacular as those in the Alps or the Rockies, but this does not mean that there are no risks. An average of five people die annually, due to avalanches in Norwegian mountains. Most of these accidents are related to ski touring, and a disproportionate number of casualties are foreigners.

Avalanches are complex phenomena. However, terrain risk is relatively easy to assess - if you want to avoid being caught in an avalanche, the safest method is to stay away from avalanche terrain. Safer Ski Touring in Norway, first published in Norwegian in 2016, is finally available in English and international visitors may now benefit from the knowledge and tips provided by Norwegian guides, avalanche experts and skiers. This book will help them find the safest ski touring routes through the Norwegian winter landscape, as thousands of Norwegians have done already.

Safer Ski Touring in Norway gives you the safest routes for all of the most popular ski touring areas in Norway, from north to south. The book has in-depth chapters about iconic areas such as Lyngen, Lofoten, Jotunheimen, Sunnmörsalpene and Romsdalen, but there are also routes through less frequented regions such as Sogn, Stryn, Sunndalsfjella, Narvik and Senja. Each trip is described in detail, with routes indicated on both maps and overview photos. In addition to the route descriptions, the book provides basic information about avalanches and useful tips on how to use avalanche forecasts and stay safe and comfortable in the Norwegian mountains.

The book is published by the Fri Flyt AS company, the people behind the skiing magazine Fri Flyt, as well as a number of guide books and books about avalanches. Their work on safety in the mountains has received several awards.